We look forward to working with you! Learn More | Contact Us

Our favorite northern neighbors know how to throw a party!  Pride Toronto has a program line-up that rivals NYC’s Pride, complete with a cabana pool party.  300+ miles away in Montreal, Pride is kicking off in August with a full line-up of events.  And rounding it out, Calgary will sashay (away) summer with their pride events kicking off late-August through early-September.

Yes!  Our southern neighbors are honoring pride this month with events and marches all over the country in places like Guanajuato State, Nayarit State,  Campeche and Guadalajara.  The meat of Pride really happens in Ciudad de Mexico (CDMX) which happens to be the same weekend as NYC Pride.  CDMX Pride…NYC Pride…why not try to make it to both?!

Malta is not the first place I thought of when I was making this list, but remembering my visit to this beautiful country made me wonder: How does the LGBTQ+ community get it on in Valletta, which was recently dubbed the “European Capital of Culture”?  I had a question and Google answered: Malta Pride 2018.  Malta is worth a visit on its own but celebrating Pride in September in one of the loveliest places I’ve been to would make the trip even sweeter.

One of the biggest Pride celebrations in the world has already come and gone, but that just gives you time to get your visa and airfare for next year.  In 2016, the cast of Sense 8 filmed an epic episode in which they participated in the parade.  São Paulo hosts one of the largest Pride celebrations, bringing in well over one million people a year.  As if you needed any other reason to visit Brasil, this should be one of them.

In the midst of continued efforts to rebuild and recover from Hurricane Maria, Puerto Rico was able to honor Pride in early June.  The festival and march held in San Juan showcased the resilience of the PR LGBTQ+ community.  June is huge for PR pride with the PR Parade held in June in NYC, Pride in San Juan, PR and another opportunity to represent for PR during NYC Pride.  Puerto Rico is still in dire need of assistance.  To find out more about ways to donate and help, visit Charity Navigator. 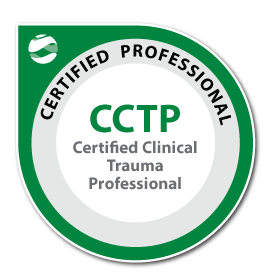